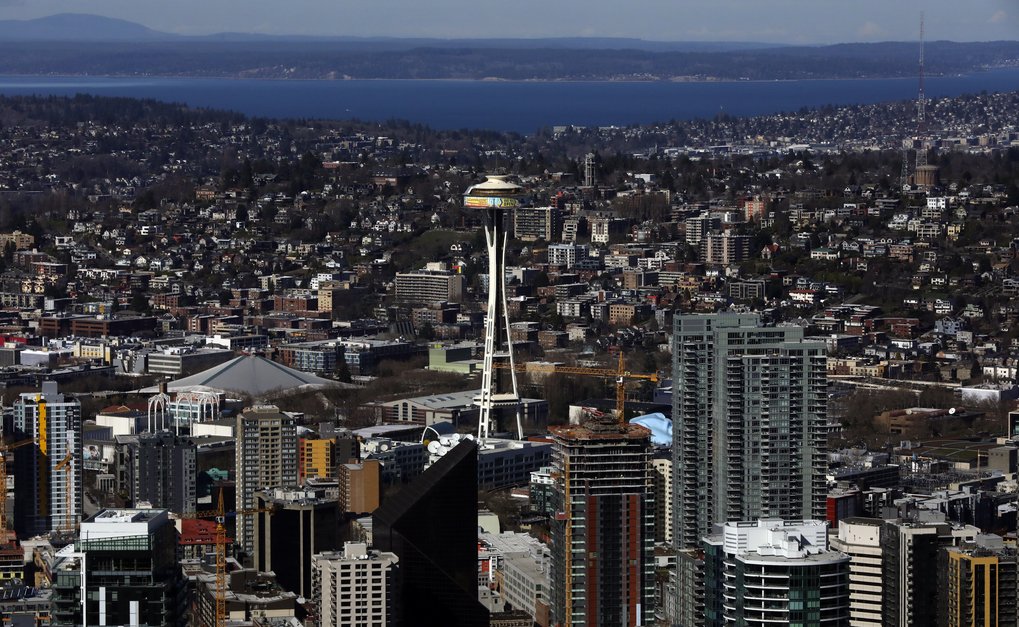 Seattle’s home prices continue to climb at a faster pace than anywhere else in the U.S. (Ellen M. Banner/The Seattle Times)

Seattle kicked off 2018 the same way it spent the prior year and a half, as the hottest real-estate market in the country, with no slowing down.

The cost of the typical single-family house across the Seattle metro area grew 12.9 percent in January from a year prior, according to the monthly Case-Shiller home price index, released Tuesday.

It’s the 17th month in a row that Seattle has led the country in home-price increases. That’s a record for Seattle and the longest streak for any metro area since San Francisco’s 20-month run that ended in 2001.

Fastest-rising home prices compared with a year ago

There is, yet again, no sign that Seattle’s seemingly never-ending market surge is letting up — just the opposite.

Driven by an uptick in cost for starter homes, price growth has started to accelerate slightly again after having stayed steady at 12.7 percent for the previous few months.

And compared to just a month ago, home values grew 0.7 percent. That’s tied for the most in the country, and the biggest month-over-month increase locally since last summer.

Prices don’t usually go up that much here in the winter. Adjusting for the season, the price growth over the last month was triple the U.S. average.

The biggest jump occurred in the cheapest homes in the area — those that are generally in the outlying areas of the region, and smaller, starter homes. Those houses cost 14.1 percent more than a year ago, the second-biggest increase in four years.

The local market has been getting more and more expensive for six straight years now. Over that span, prices have soared a total of 82 percent. Since the old bubble high a decade ago, prices are up 22 percent across the entire metro area, and much more in King County.

It’s a seller’s market in the rest of the country, as well.

Las Vegas and San Francisco rounded out the top three, as they did the month before. The 11.1 percent annual increase in Las Vegas was the same as the month before, after having surged up for the last several months. San Francisco’s growth of 10.2 percent is the highest in years for the city.

Nationally, prices were up 6.2 percent, down slightly from a multiyear high reached the previous month.

Prices continue to swell as the local population surges across the metro area while the number of homes for sale has slid to the lowest level in decades, creating feverish competition among homebuyers. Total for-sale inventory across the metro area is down 20 percent just in the past year, which is double the national decline, according to Zillow.

With the spring homebuying season gearing up, there should be an uptick in new listings in the coming weeks, and with it, more buyers coming out of the woodwork. Prices typically rise in the spring, and brokers are expecting more of the same this year.

The only good news for buyers is that mortgage interest rates have started to level off after trending up in the previous couple of months. The average 30-year fixed rate in Seattle on Tuesday was 4.3 percent, the same as it was at the beginning of March.

But that’s still up from 3.8 percent at the start of the year and is the highest interest rate in four years. The higher rates have added $65,000 to the long-term cost of a mortgage loan on the typical Seattle house.