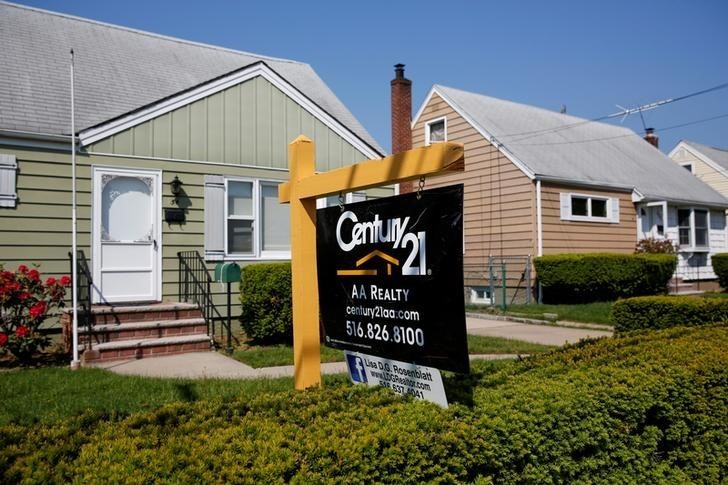 FILE PHOTO: A ‘House For Sale’ sign is seen outside a single family house in Uniondale, New York, U.S., May 23, 2016. REUTERS/Shannon Stapleton/File Photo

The Washington-based industry group’s index on mortgage request volume fell 4.1 percent to 399.4 in the week Feb. 9. This was the lowest reading since 390.2 in the Jan. 5 week.

Average interest rates on 30-year conforming mortgages, or loans whose balances are $453,100 or less, rose to 4.57 percent, up 7 basis points from the previous week. This was highest since January 2014.

Home loan rates have increased in line with U.S. bond yields on concerns about rising inflation and reduced stimulus from central banks amid an improving global economy.

MBA’s mortgage purchase index, seen as a proxy on future home sales, fell to 240.4 last week, down 5.9 percent, which marked its steepest weekly decline in more than three months.

The group’s barometer on refinancing applications fell 1.9 percent to 1,274.